1 er
LABORATOIRE
INDEPENDANT
en Europe  100%
dédié à l'identification des
Perturbateurs Endocriniens
In vitro exposure of aquatic larvae as an alternative method to replace laboratory animal experimentation.
From the inception of Laboratoire Watchfrog, our mission has been to provide a physiologically relevant diagnostic of whole organism toxicity while avoiding the use of laboratory animals.

From an ethical regulatory point of view, early non-autonomous stages of aquatic vertebrates are not concerned by European Directive 2010/63/EU on animal experimentation.
These « non-protected » developmental stages, also named eleuthero embryos, are still dependent on egg yolk which is present in their digestive tract.

The Opinion of the EFSA Scientific Panel on Animal Health and Welfare distinguishes autonomous stages from non-protected stages on the criteria of “being dependent on the food supply from the egg”. Therefore, larvae just after hatching are allowed for in vitro testing of cosmetics.
These criteria and ethical rules on non-protected stages of aquatic forms are found in many regulatory texts, demonstrating the consensus on this subject.

“This Directive shall apply to the following animals:
(a) live non-human vertebrate animals, including:
(i) independently feeding larval forms; and
(ii) foetal forms of mammals as from the last third of their normal development;”

• The first regulatory authority to exclude these early larval forms from the protected stages : the UK under the Animals (scientific procedures) act (1986): For Fish Amphibia and Octopi vulgaris – Protection extends to certain immature stages of development from the time at which they become capable of independent feeding ;

• EFSA, 2005: the stage of development at which there is a risk of poor welfare when a procedure is carried out on them for fish, amphibian, cephalopod, or decapod is when it is capable of feeding independently rather than being dependent on the food supply from the egg.

• Swiss law has also adopted these criteria: « larval stages of fish and amphibians which are capable of independent feeding » to be distinguished from non-protected stages.

The development of testing methods using small aquatic larvae is now pushed by different international institutions.
The OECD (Organization for Economic Co-operation and Development) has now adopted two test guidelines based on aquatic embryonic stages of fish and amphibians to contribute replacing the use of laboratory animals (OECD 236 – FET and OECD 248 – XETA).

The International Council on Animal Protection in OECD Programs (ICAPO) supervised the adoption of these test methods.

The OECD considers these methods “ethical and sensitive” solutions to endocrine testing (OECD Environment, Health and Safety Publications Detailed Review Paper on Environmental Endocrine Disruptor Screening: The use of Estrogen and Androgen Receptor Binding and Transactivation).

Experts from European and British authorities support the development as well as the use of existing testing methods on early stages of aquatic larvae (Adler et al. Arch Toxicol. 2011 ).
Recently industrial experts and experts from the UK National Centre for the Replacement, Refinement & Reduction of Animals in Research (NC3R) published “Recommendations for reducing the use of fish and amphibians in endocrine-disruption testing of biocides and plant protection products in Europe” promoting assays using aquatic embryos which “are considered as “non-animal” tests within the EU because they use embryos at a development stage where independent feeding has not yet started”.

This regulatory context supports the use of our tests as alternative methods to protect animal welfare.

However, ethics is also a personal moral matter. As scientific experts trained at the National Museum of Natural History, we believe these very early stages provide ethical testing solutions that support safety for human health and the environment. 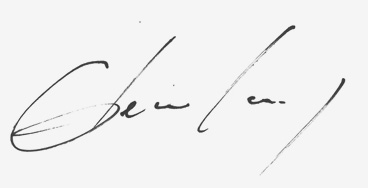 Sandrine LE GALL
COO
Our values
Our Story
Ethical
Commitment
Acknowledgment
Partners
You found this page interesting? Make sure to share it!